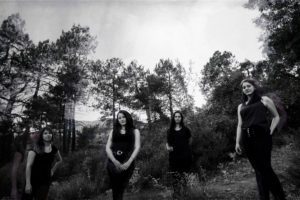 Bones of Minerva are quickly developing a reputation as one of the must-see acts of the Spanish metal scene, bringing something different both on record and onstage. Their eclectic sound aims to combine visceral and melodic elements; merging heavy riffs, hypnotic rhythms, dreamy landscapes and raw lyrics.

In the age of digital media, selling out all the hard copies of an album is no mean feat, and last October saw their debut “Blue Mountains” (Nooirax/La Rubia Productions) reissued as a special edition including two brand new tracks.

The four-piece consisting of Blue (vocals), Chloé (bass), Ruth (guitars) was formed in 2013, with Nerea (drums) joining the band in early 2018. The release of Blue Mountains was followed by a successful crowdfunded vinyl edition of the album.

After a year which has seen them embark on tours of Spain, Sweden and the UK, recording single ‘Vehemence’ for the Spanish film Call TV and a shout out as one of the albums of the year by Bandera Negra (Radio 3 España) the band is now gearing up for a summer run of dates. 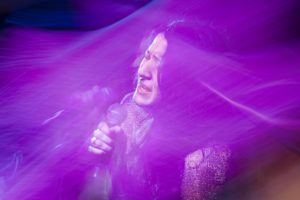 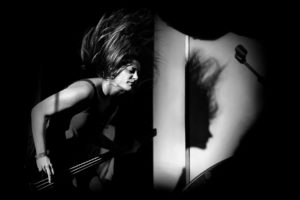 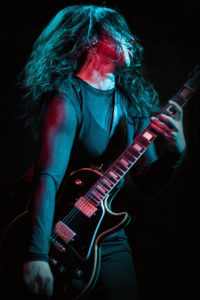